Founded in 1975 by Saul Herscovici and several members of the Warren family, Power Engineering & Manufacturing, Ltd. is an ISO 9001:2015 certified company that specializes in the custom design and manufacturing of heavy-duty gearboxes. Our gearboxes are operating throughout the U.S. and in more than 48 countries around the world and have proven themselves in a variety of industries and challenges.

Under the leadership of Dennis Schilling, the President and CEO, Power Engineering & Manufacturing is committed to working diligently to meet or exceed the requirements of our customers. We provide custom engineering solutions for the businesses that drive the U.S. economy. In addition to the custom design and manufacture of gearboxes, we also offer a variety of consultation services. For more on what we can do for you, check out our Services & Capabilities page.

At PEM, we take pride in every product we ship. We understand that ingenuity, relentless attention to detail, and remarkable customer service are the defining factors that set us apart from our competition, so we integrate these standards into everything we do. We don’t accept anything less than excellence because we understand that our customers’ success is a reflection of our own success, not a coincidence.

Relationships that foster profitability and growth for our customers are what we are all about. That’s why, as part of our ongoing quest to forge meaningful relationships with our customers, PEM partners with local businesses and educational resources to provide opportunities for growth in our own backyard. Our local affiliations with the Cedar Valley Manufacture Association, Waterloo Career Center, the Society for Human Resource Management, the Advanced Manufacturing Partnership, Junior Achievement, and Hawkeye Community College’s Business & Community Education Center reflect our community engagement and our new corporate leadership.

The only employees we have at PEM are “GO GETTERS”. We seek challenges and approach them together to obtain the best possible solution, so we can provide exemplary customer service. To achieve this, we develop relationships with each other to foster problem solving skills, initiative, ingenuity, and creativity.

Our customers come first, and they know it. Their perception of PEM is based on everything we provide to them – immediate & effective communication, quality product, and exceptional service …and we all go the extra mile to build our relationship with each customer.

We always strive to be the best that we can be, both individually and as team members. Our personal success is directly aligned with PEM’s company objectives, which in turn leads to success for all. All for one, and one for all.

We trust the integrity of our co-workers and assume positive intent. We understand that our employees want to do the right thing, and empower them to continuously improve processes. We’re straightforward, honest, and we direct our communication to the right person. We’re assertive in our communication, yet transparent.

We place value in relevant, personalized training. We assess the performance of our employees, and dedicate the time necessary to coach and mentor, because we care about each persons’ developmental needs. We take the time to explain objectives and stand behind their decisions to reach those objectives.

At PEM, we customize our product and service solutions to the specific needs of our customers while providing 1st class support for the most reliable, robust new and rebuilt gearboxes in the industry.

We provide custom solutions for the businesses that drive the U.S. economy. We take pride in every product we ship because we created it, from inception to realization, and it’s a reflection of the core values that make us who we are.

We understand that ingenuity, relentless attention to detail and remarkable customer service are the defining factors that set us apart from our competition, so we integrate these standards into our goals, processes and daily work.

We don’t accept anything less than excellence because we understand that our customers’ success is a reflection of our own success, not a coincidence. When they thrive, we thrive. Dennis Schilling joined Power Engineering & Manufacturing in September 2005 as a machinist, serving as a valued member of the manufacturing team and providing highly customized, durable, world-class products. He was promoted to a project management role in 2008 and the newly-created Quality Manager role in 2010, where he led continuous improvement by promoting effective and systematic problem-solving methodologies and established a formal ISO 9001:2008-registered quality management system in 2013. Dennis assumed additional responsibilities and was elected by the Board of Directors to become Vice President of Operations in May 2016. In June 2019, Dennis was elected by the Board of Directors to the role of President and CEO, a position that allows him full effectiveness in shaping the company’s future. He continues to leverage his passion and drive for continuous improvement in his expanded role leading manufacturing, engineering, sales, procurement, facilities management, and information technology.

Prior to joining PEM, Dennis managed five Family Video stores for two years, and before that, he taught high school physics, chemistry, and biology in Waterloo and Springville, Iowa.

Dennis earned his Bachelor of Science degree in Biology with a minor in Chemistry from the University of Northern Iowa in 2001. Dennis and his family currently live in Dunkerton, Iowa. Mike Allison joined Power Engineering & Manufacturing as Accounting Manager in June 2018. In this role, he oversees all accounting and financial reporting and analysis functions. In his short time so far at PEM, Mike is already bringing an unprecedented level of visibility and analytics to our organization to help ensure that we are cost competitive and financially strong without sacrificing the agility and creativity that make us who we are. While Mike’s financial management skills are undeniable, Mike is also very skilled at bridging the gap that sometimes exists between financial and operational aspects of an organization.

Mike has 25 years in financial management across manufacturing, distribution, and construction industries, and has a strong track record of driving improved financial results through cross-functional teamwork. 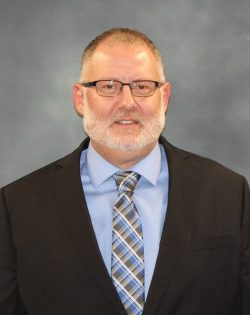 Zak Siela joined Power Engineering & Manufacturing in March of 2021 as a MFG Routing Specialist. Zak excelled at his role as Routing Specialist / Estimator and worked with others to develop improvements to our job routings, quoting practices, and developed key processes to help streamline these two key objectives for the MFG Routing Specialist position.  Zak steps into the Sales Manager position with over 17 years of manufacturing experience and a solid understanding of PEM products, services, and customer support. During Zak’s 17 years of experience, he has operated CNC lathes/lasers, worked as a shift supervisor, Purchasing Manager, and an Account Manager before coming to PEM. Because of this experience, Zak has a strong grasp on the importance of relationships with both external and internal customers and applies that on a daily basis.

Zak earned his Bachelor of Arts in Social Science with minors in Education and History from the University of Northern Iowa in 2004. In Zak’s free time he enjoys spending time with family and friends, playing and watching sports, going to concerts, and traveling.

He and his wife, Diana, reside in Cedar Falls, IA.

Bob Dhein joined PEM in June 1986 and worked the first twenty-four years of his career in the assembly department. He served as Assembly Supervisor for over a decade and continued to build gearboxes in addition to his supervisory responsibilities.

In 2021, Bob moved into the role of Plant Manager. He brings a vast amount of knowledge and leadership skills to this position along with his passion for the business. Bob occasionally puts his mechanical skills to use and helps out in Assembly when the need arises.

In his spare time he enjoys RV’ing with his wife, gardening, cooking, and visiting their three grown daughters. Bob and his wife reside in Waterloo, IA. Kathy Even joined Power Engineering & Manufacturing in November 2007 as a project coordinator. In this role, she led efforts to increase efficiencies and improve production scheduling and accounting by dramatically expanding the implementation scope and deployment of a modern ERP solution based on esteemed business author Eliyahu M. Goldratt’s Theory of Constraints. She has since assumed additional responsibilities as Logistics and Systems Manager. In this role, she leads the entire manufacturing team in their continuing efforts to provide world-class products to PEM’s valued customers while shortening lead times.

Prior to joining PEM, Kathy spent six years as owner and operator of D&K Foods in Gilbertville, Iowa. Prior to that, she was responsible for a variety of functions in administration, finance, and sales over a career of eighteen years at Warren Computer Center in Waterloo, Iowa.

Kathy earned her Associate of Arts degree in Office Administration in 1983 from Ellsworth Community College in Iowa Falls. Kathy and her family currently live in Gilbertville, Iowa.