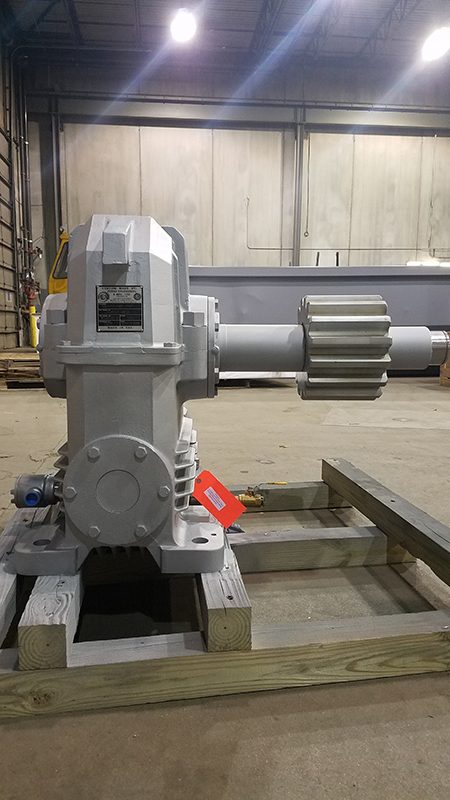 PEM was approached by an engineering firm for a quote to produce gearboxes for a refurbishment project at the Big Bend Dam in South Dakota. PEM won the contract as our gears cost less to produce than the gears from the original equipment manufacturer. Before we could refurbish them, we had to do a teardown analysis; the best way to do that is to ship the gearbox to us, but because these gearboxes were operating in a functional dam, that option was not feasible.

Once we completed the reverse engineering process, the gearboxes were shipped to PEM in sets of three so that only one turbine was inoperative at a time. It took six weeks to complete the first set and we were allowed two weeks each for the remaining sets. We completed eight rounds of work on this project to produce a total of 27 gearboxes, and no two rounds were the same. PEM is big enough to get the job done, but small enough to be flexible—we often work with customers on variable timelines.